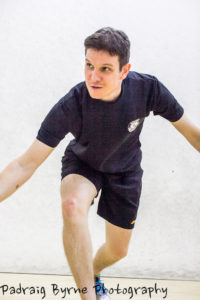 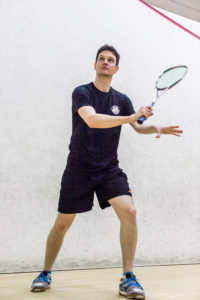 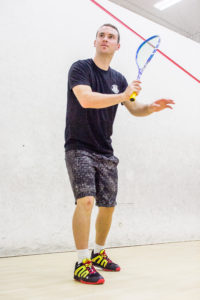 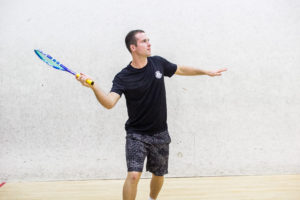 Bondi Waverley Squash Club is Sydney’s best located Squash Club, just a stone’s throw away from the iconic Bondi Beach. The Squash Mechanics team joined with Club General Manger Reinhard Wurtz on the 1st of January 2017 and are excited to implement new programs and systems to establish the club amongst the best facilities in Australia. Bondi Waverly Squash Club offers its members and guests 4 championship Squash courts and an amazing club bar and lounge area with pool table and dart boards.

Squash Mechanics will implement and roll out a number of patented and proven programs and systems at Bondi focused on increasing participation and enjoyment for players of all ages and standards including training squads, competitions, tournaments, membership models, school participation, junior development groups and much more.

“We are delighted to partner with the Bondi Waverley Squash Club” Squash Mechanics Managing Director Peter Aitken states. “The Club offers fantastic facilities and is situated in such an amazing location. Existing General Manager, Reinhard, is running a great club and has implemented some crucial and important changes. We are excited to roll out new programs to increase awareness and numbers at the club.”

Squash Mechanics are excited to announce that they have been appointed to manage the Lane Cove Squash Centre for a minimum of three years. The club is conveniently located 15 minutes from Sydney’s CBD and it has been a Squash Hub in Sydney for decades. This adds another business in Australia to fall under the management of Squash Mechanics and once the team is onsite in January there will be significant physical changes and program changes implemented. The investment that Squash Mechanics is making will remove any of the lingering doubts over the facility being bulldozed by developers

“There is a big list of action items for Lane Cove Squash but we can’t wait to see the difference they make to one of the Squash Hubs on Sydney’s North Shore.” Squash Mechanics Director and co-founder Jake Ebeid states. “We will be bleaching the court floors, installing some additional lighting on the courts, making some changes to the change rooms and generally modernising the facility.”

Squash Mechanics will be introducing a membership program and 24hr access control to the facility introducing squash to an entirely new customer base in the local area and increasing the hours of operation for existing players and clients.

Squash Mechanics are excited to announce the “Squash Alliance” membership benefits program. Under Squash Alliance full members of any one of Squash Mechanics facilities around Australia will receive reciprocal benefits and rights to courts at partner facilities. “This will be a massive game changer in the industry” Squash Mechanics Managing Director Peter Aitken states. “The ability to pay the one membership but be able to play in multiple facilities will guarantee increased participation and foot traffic in all of the participating clubs. Squash Alliance Clubs will work together and introduce new competitions, programs, and social events all designed to increase player enjoyment and club atmosphere.

Squash Mechanics tenure at Lane Cove Squash will begin on the 5th of January 2017. All squash enthusiasts, current North Shore Lane Cove Squash Club players, and the squash community are invited to Lane Cove Squash open days on Saturday the 14th and 21st of January. The open days will showcase the facility, some of the physical changes at the club and open the doors to the surrounding community.

Have you ever wanted to play squash without having to work up the biggest sweat of your life? I know I have… Well without further adjure I’d like to take the time to introduce you to squash in virtual reality. That’s right developers have moved to create a video game where you can play as your favorite PSA players and see if you can unlock their full potential.

PSA squash has recently funded an exhibition to create Squash in virtual reality. Such players that will make an appearance in the game are  Nick Matthew, Amr Shabana, Gregory Gaultier and the list goes on.

Considering squash is somewhat struggling with its publicity around the world, Alternative soft has taken the challenge to put one of the healthiest sports in the world into a video game.

With the continuing development of virtual reality and technology finally being able to be used in a more physical sense with VR headsets creating for more immersive games, this Wii interactive creating could really hit the interest for the younger generations and therefore repopulate the sport.

Watch below and tell us what you think